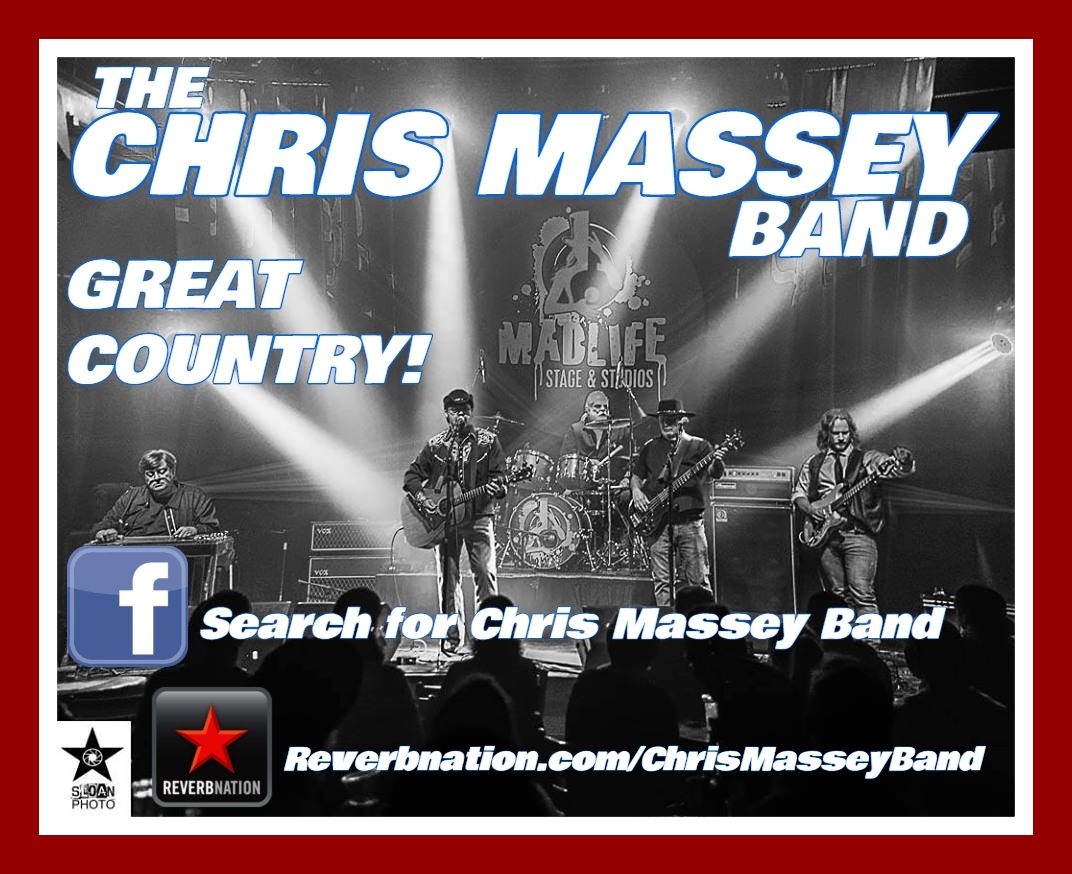 Chris Massey's musical odyssey began more than 30 years ago in Atlanta with his cheerfully nihilistic power punk band the Mistakes. After ten years in the business Chris put music on the back burner, got married and started a family. Fourteen years later after a divorce the itch to perform again returned. It took a little while to get it going but in 2010 he released "Heartbreak Ave" a 10 song disc of orignal compositions wriiten by Chris. Backed by a strong band Chris began to play reguarly in the Atlanta area. In 2012 he released "Cowboy Heart" This album was received really well and opened the door for a lot more opportunities. In 2013 Chris made his Nashville debut on the popular "Billy Block" TV show. Since then Chris has turned his little band from Tucker Ga into a national touring act. 2013 & 2014 has seen The CMB play all over the country. Nashville,TN, New York City, Los Angeles, CA just to name a few. His brand of "Honky Tonk Rock" is a crowd pleaser. 2014 saw the launch of Chris's WEBTV show "The Chris Massey Show" on the American Hearts Radio Network. Now not just a singer songwriter but a TV talk show host as well things are really moving for Chris Massey and The CMB. Chris's new album TUCKERVILLE was released on December 22, 2015. This new 12 song disc is Massey's best work and will certainly open more doors for the Atlanta Country Rocker. Chris Massey is a bar room veteran. On a 4 set night you will here songs from Massey's 3 albums as well as tunes from country greats like Merle Haggard, Alan Jackson, Dwight Yokam, Buck Owens and many more. The 2019 version of the band plays a mix of country rock, older country and originals from his new cd "California Country".