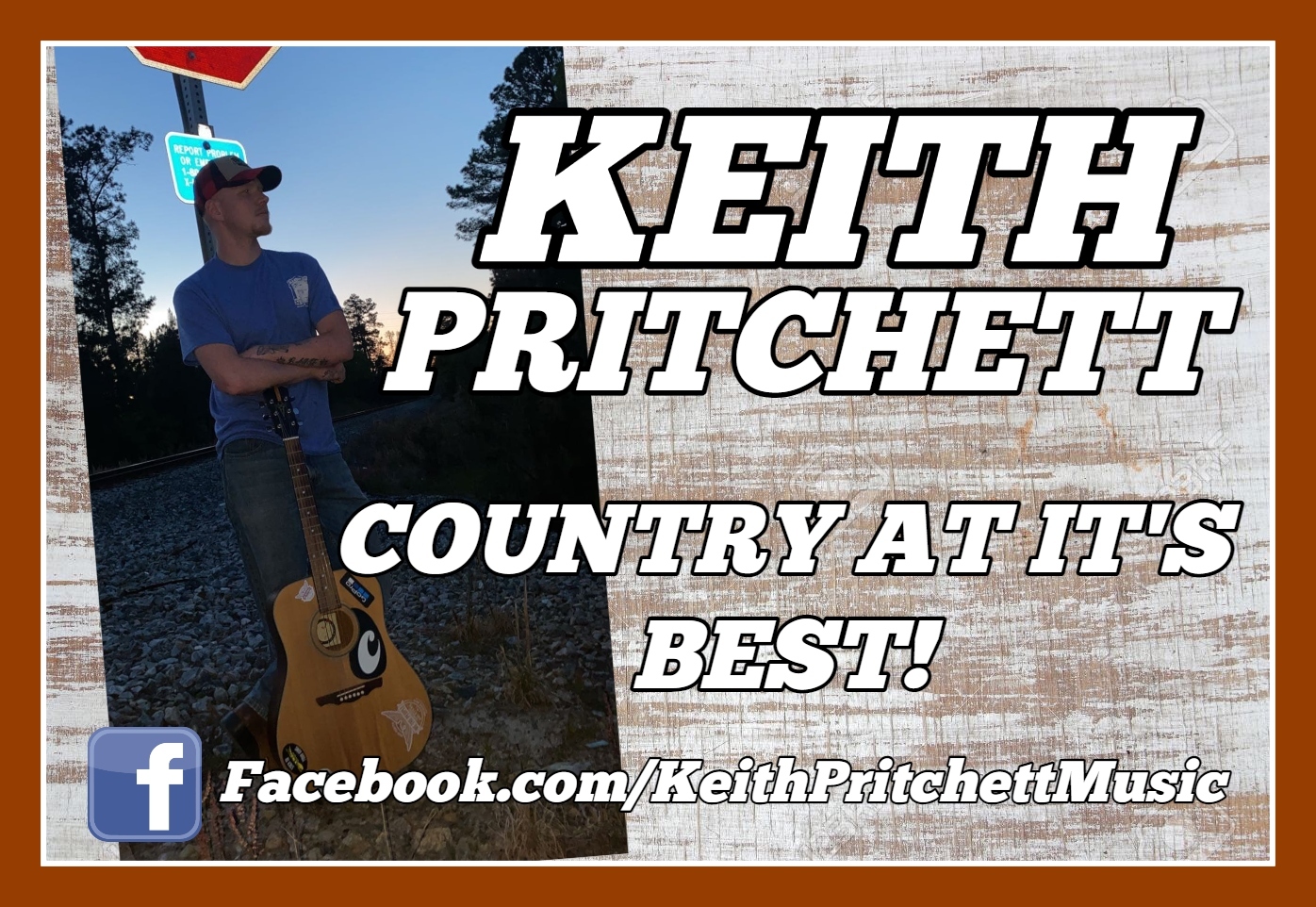 Keith Pritchett is a traditional/outlaw country music artist out of Warrenton, Ga. He grew up listening to all the greats before him with his grandpa. His grandpa taught him how to play guitar at 14 years old and after just a night he was playing songs like Wildwood Flower. Keith started his singing career when his grandpa pulled string for him to play at a small event in his town. Ever since then Keith has played any and every place he could. Keith has played live shows from Augusta, Milledgeville, Athens, Thomson as well as busking on the streets. Keith recently won a contest with Quarantine Karaoke ( A FB page ) and got the chance to audition for the executive producers of American Idol! Since then Keith has went on to be featured on New channel 6 as well as continuing to pursue his music through social media. Keith covers country great such as Blake shelton, Tim McGraw, Brantley Gilbert, George Strait, Eric Church, Doug Stone, Alan Jackson, Travis Tritt, Hank Williams Jr., Hank William's Sr, Keith Whitley, George jones, Conway Twitty and many more.