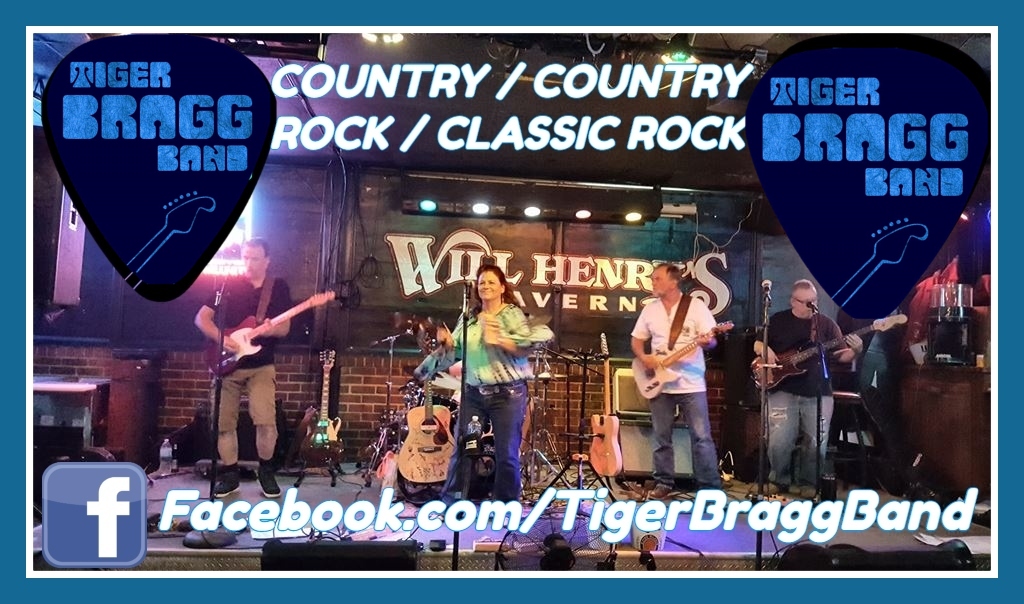 Lead Male Vocals & Rhythm Guitar -Tiger Bragg, Covington, Georgia., Lead Female Vocals & Percussion - Kathy Bragg, Covington, Georgia., Drums - Tom Basile, Snellville, Georgia., Lead Guitar - Jeff Griffin, Conyers, Georgia., Bass - Bo Napier, Bostwick, Georgia. Tiger Bragg has been playing music solo and in bands for 40+ years. He knows some (if not all) of thousands of classic country, southern rock or early classic rock, Motown or and even some early Top 40 songs. Nothing New – we often joke should be the name of the band. Ten years ago with his wife Kathy, they put together a band of awesome musicians that wanted to play!! Though through the years a few players have changed, the caliber of the musicians has only gotten better. Today we are known as Tiger Bragg Band. We play locally and across Georgia, bringing yesterday’s music to crowds large and small, young and old. Though the band plays more older country and rock, the band always has any crowd singing along and up and dancing. Sure to engage and entertain all ages for any event. In July of 2019, the band was voted Band of the Year by the readers of The Rockdale Citizen newspaper.