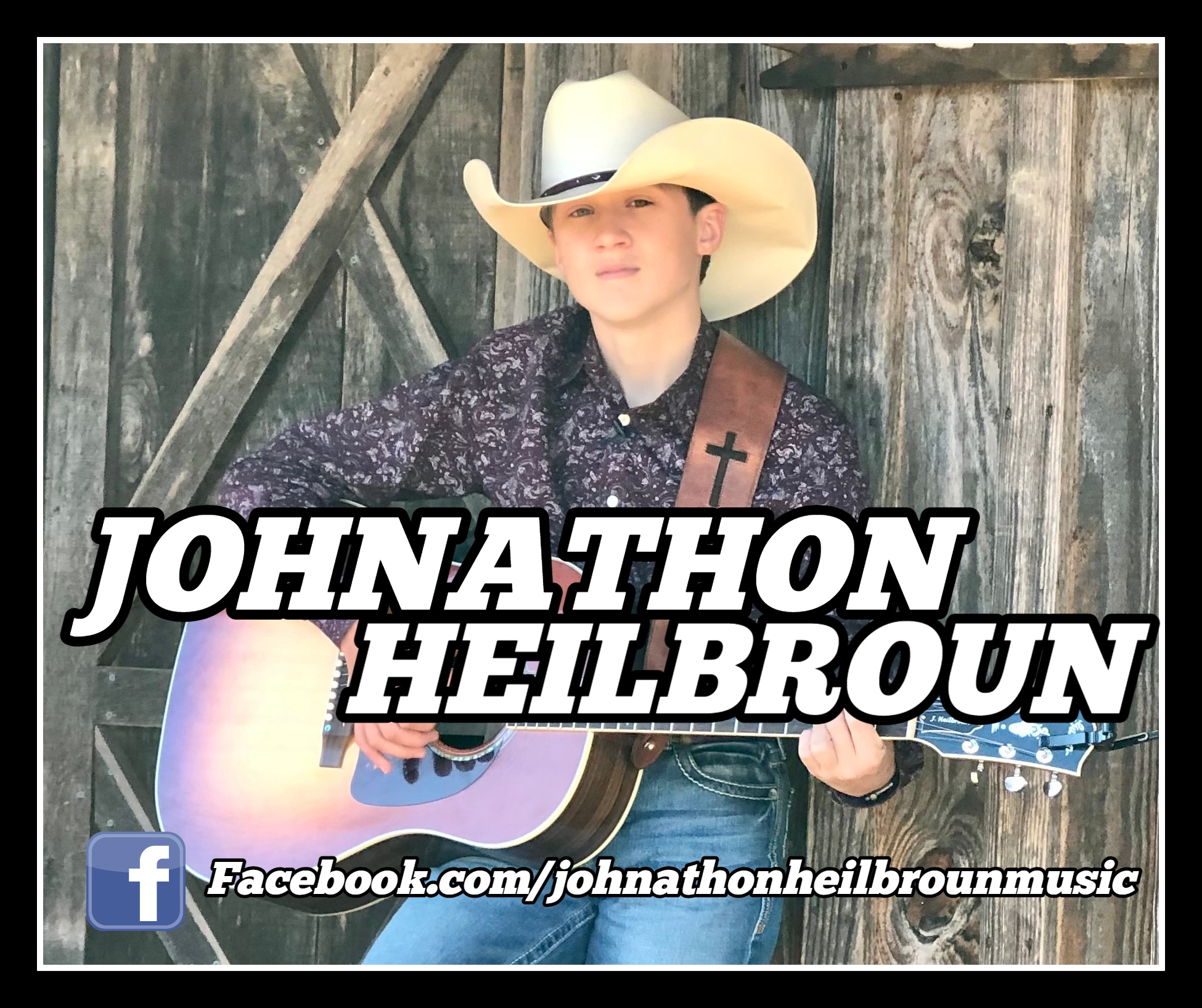 Johnathon Heilbroun is a 14 year old singer based in the Pike County, Ga area. He has been playing guitar for just over a year now. He loves to play country, gospel, and southern rock music. In the past year, he has had many opportunities open for him. He took his first guitar lesson on January 2, 2021, then started playing and singing in public at the end of march of 2021 when some guys from church asked him to start playing and singing with them. He played and sang in his first talent contest in April of 2021 (Williamson Wisteria Festival Talent Show). He has played and sang in many charity events and have sung in 3 school concerts and played and sang in the last 2 of them. In December of 2021, Johnathon had the opportunity to play and sing a few songs at the world-famous Tootsies Orchid Lounge in Nashville Tennessee.

He has looked up to a few people in the music industry. When it comes to playing guitar, He dreams of the day that I will play like Brad Paisley, Keith Urban and Glen Campbell. He loves to listen to Merle Haggard, Johnny Cash, Luke combs, and Callista Clark (a hometown favorite of ours). He is interested in doing some duet music as well. Some of my favorites are Brad Paisley and Alison Krauss and Lady Antebellum. He loves music and believes music has a lot to offer as we go through life. Johnathon meshes older country with the new and brings a great show to the stage.