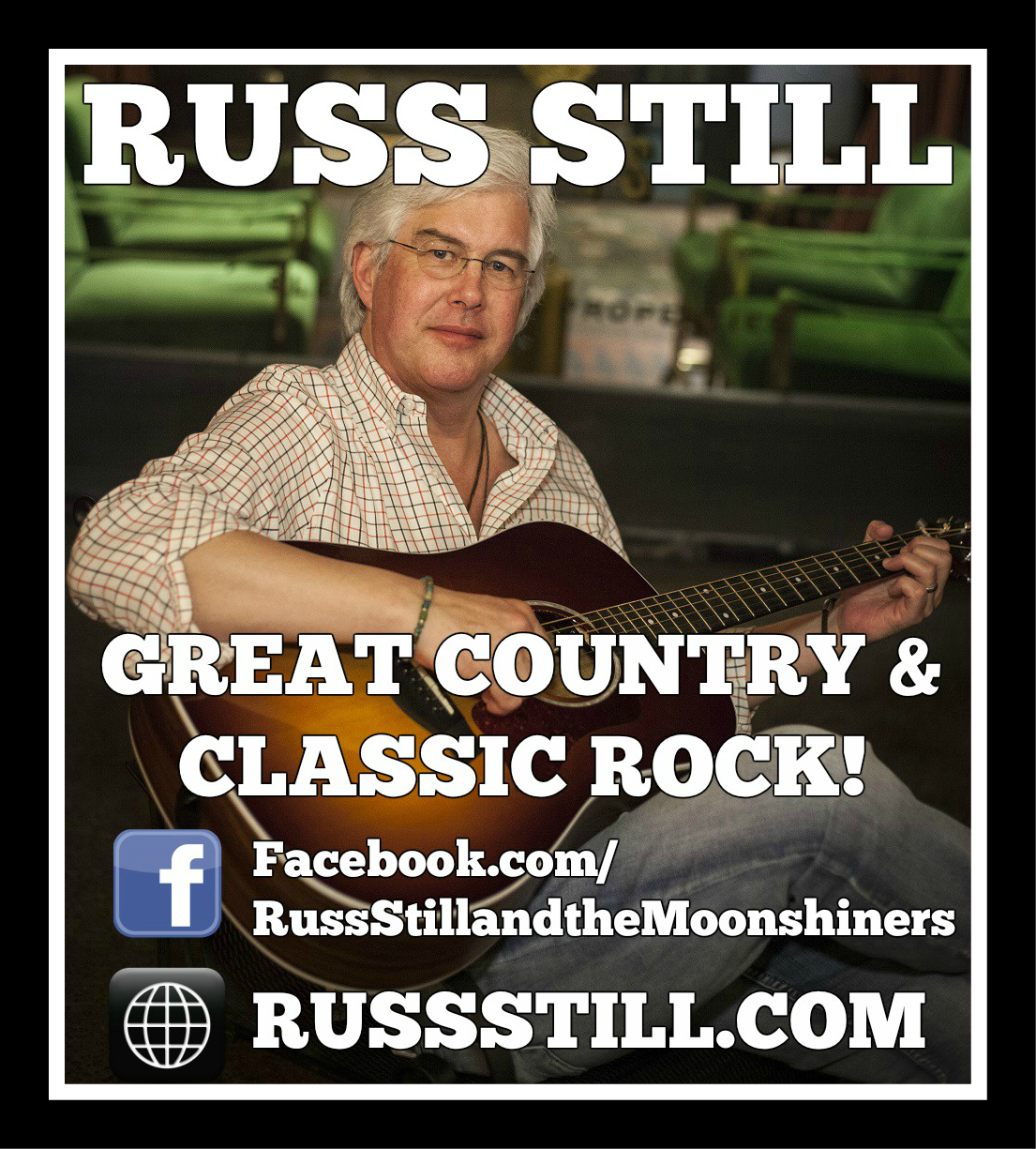 Russ Still & The Moonshiners, brings to the stage in his solo shows a great mix of Americana, Country, Folk and Classic Rock hits. The band plays great hits that can entertain any venue, from a sports bar to winery or private party. The Moonshiners were the ** 2015 Georgia Music Awards' - Country Band of the Year ** ....original tunes with catchy lyrics and fresh arrangements. In an industry that currently thrives on auto-tune, drum machines and pop templates, Russ Still and The Moonshiners bring some light and authenticity to the radio waves. The seven-piece outfit meshing country, country rock and classic rock formed their roots in Atlanta, Georgia and are triggering the interests of listeners tailored to staples such as the west coast sound of the 70s including The Eagles and Poco, Southern Rock including Marshall Tucker, country super group - Alabama and new country rock and outlaw country like Zac Brown, Jason Aldean and Jamey Johnson. The band recently played during Bike Fest at Daytona Beach and during in Austin during the SXSW Festival in 2017 & 2018. There's something here for everyone. Russ also performs solo shows which is great for more intimate settings.