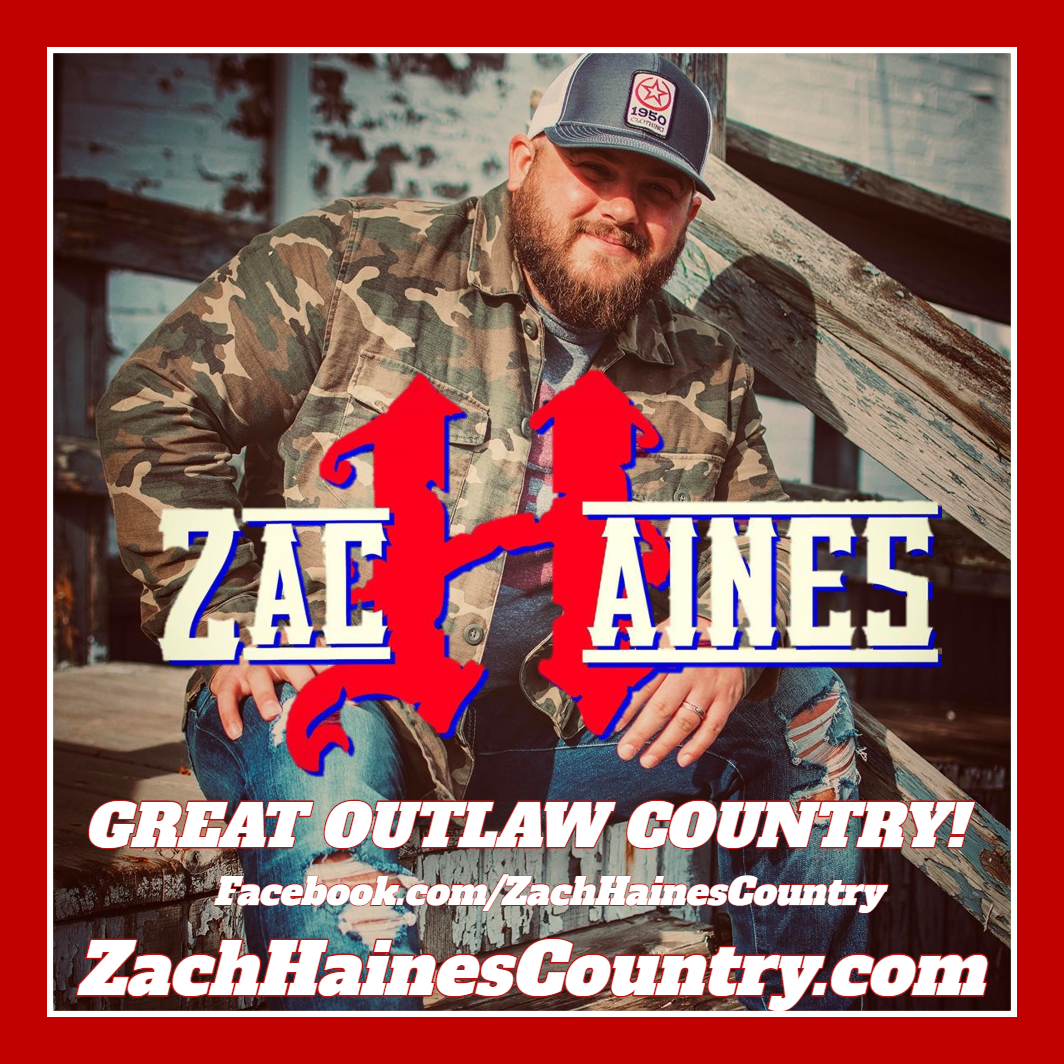 Zach Haines is a singer/songwriter born and raised in Gladwin, Michigan. He is also a veteran of the United States Army and was awarded the Purple Heart for injuries he sustained while deployed to Iraq in 2006. Zach was medically retired in 2008 as a result of his injuries and currently resides in Jefferson, Georgia with his wife and son.

Zach began playing guitar at the age of 10 when he received an acoustic, Washburn, six string guitar for his birthday from his grandmaw. Zach began learning the chords he was shown by his uncle and was soon able to play some intros to simpler songs. Never having interest in formal guitar lessons, Zach learned most of what he knows from watching older family members play at get togethers. Every family function was an opportunity to learn, since most of his mothers relatives were musically inclined. He believes that's where his style of "back porch picker" came from. An attitude of "it may not be technically right, but hell, it sounds good, so run with it and do your thing."

After being medically retired from the Army, Zach, his wife and son relocated to North Georgia. Zach took up the role as a stay at home parent and found comfort in writing songs. Medical professionals wanted Zach to keep journals of his feelings, but he found it easier to put his emotions into song form. All of the songs on his debut album, "Hittin the Ground Runnin", are based from real experiences and difficult periods in his life. Burns, for example, tells the story of dealing with aftermath of losing his daughter, Harper, who was born with a Diaphragmatic Hernia and passed away at only seventeen days old. In the song he talks about coming home to find his wife on the closet floor with a picture of Harper on her chest and tears streaming down her face even though she was asleep. The raw emotion of the lyrics and the transparency of the storyline is what, he feels, made this song appealing. It was the single for his album and was the first song to receive radio play. Something as an Indie country artist, he didn't expect to happen. it was then that he realized, "three or four chords and the truth is the best way for me to write a song. No BS, no beating around the bush, just my story and a melody to back it up."

Zach loves his family, his fans, and his country and appreciates everything life has shown him, good and bad.

"Without a rainy day you can never appreciate the sun." - Zach Haines