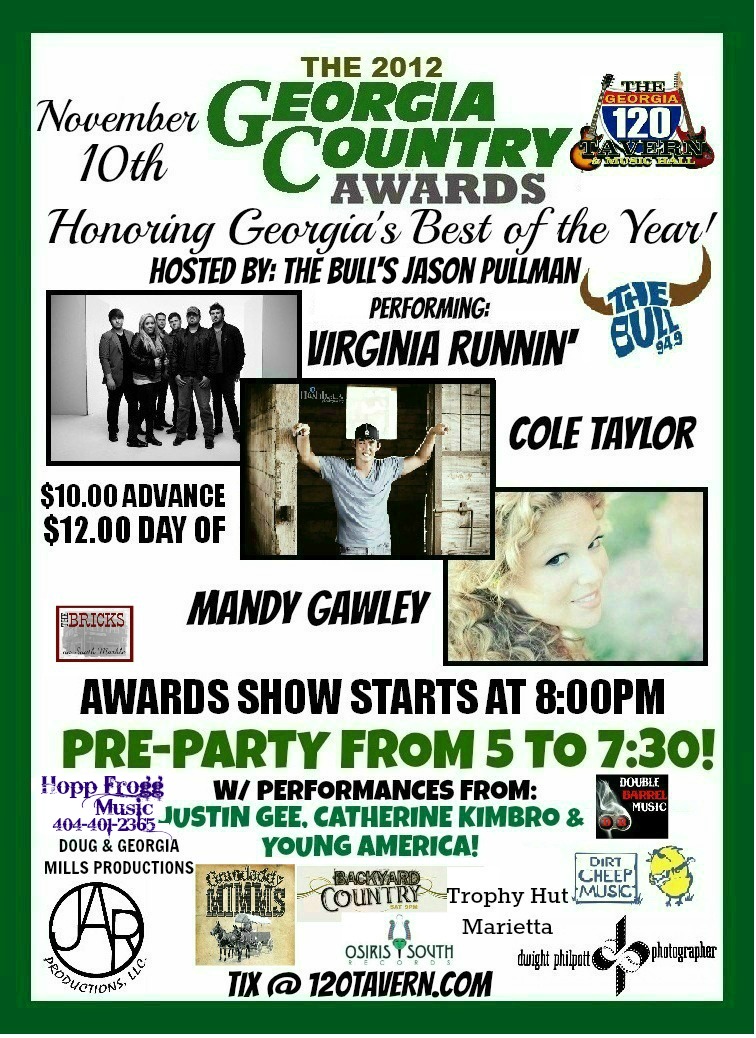 To see pictures of the Red Carpet set, go to Photography By Dwight - Red Carpet

Below is video of the presentation part of the awards. (Provided by Doug & Georgia Mills Productions)

The 2012 Georgia Country Awards was held on Saturday night, November 10th at The 120 Tavern & Music Hall. A packed room came to see who would win this years awards. 94.9FM The Bull's Jason Pullman emceed the show.

The Nominees for the 2012 Georgia Country Awards were: